At this time, from the NARAN-HO Design team, we want to present you the work of Stefan Sagmeister, Austrian graphic designer based in the United States.

Stefan Sagmeister studied graphic design at the University of Applied Arts in Vienna. He is known for revolutionizing the rules and playing with the senses through design, typography, context and images. The identity of his work is made up of a wide variety of materials and techniques, mixed with the use of controversial images. Sometimes he swaps style for attitude.

In 1993 he founded Sagmeiste Inc. His first known work was the cover of the CD Mountains of Madness (1994) by HP Zinker. It was so eye-catching and groundbreaking that it earned him four Grammy nominations. After this, he began to make history, with the albums Set the Twilight Reeling (1996) by Lou Red and Feelings (1997) by David Byrne. In this way, he has designed some of the album covers for The Rolling Stones, Pat Metheny, David Byrne and OK Go.

Since then, Stefan Sagmeister has designed for brands, music and entertainment. He’ve worked with a wide range of clients, including HBO, Time Warner, Capitol Records, AIGA and the Guggenheim Museum. Sagmeister has been awarded the National Design Award (2005) and has been nominated seven times for a Grammy Award, winning it twice (2009 and 2004). Sagmeister also directed the documentary and exhibition The Happy Film, where he explored the ideas of happiness.

In 2010 Stefan Sagmeister met Jessica Walsh, with whom he began to collaborate, eventually naming her a partner of Sagmeister Inc, which in 2012 was renamed Sagmeister & Walsh. In July 2019, Jessica left the company to form her own studio, called &Walsh, while Stefan has decided to pursue non-commercial jobs.

Stefan Sagmeister‘s work inspires us to improve and find new and original solutions for our customers.

In running, I know that I can train as much as I want and I’m never going to break the world record for the five miles. It’s partly genetics; I’m just not built for it. But if I worked really hard, I might be able to cut my time by half. Could I do the same thing with my mind and my well-being?

It is very important to embrace failure and to do a lot of stuff — as much stuff as possible — with as little fear as possible. It’s much, much better to wind up with a lot of crap having tried it than to overthink in the beginning and not do it.

naran-ho design
Looking to develop a website to professionalize your business? Trust experts! See our Work. 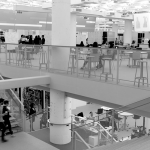