NARAN-HO Design, specialist in web design in and from Marbella, presents Stanley Donwood, British artist best known for his work created for the band Radiohead, for whom he has designed all their album covers and all their promotional materials.

Donwood is the pseudonym for Dan Rickwood. He studied at the University of Exeter, where he met Thom Yorke, the frontman of Radiohead. Yorke asked Donwood to contribute art for Radiohead’s album My Iron Lung (1994), initiating a lifelong collaboration between the band and the artist.

In addition to his work with Radiohead, Donwood has done multiple works including posters, a pulp-noir thriller, book covers, art direction for a nuclear power film, the artwork for the Glastonbury Festival, art installations on various cities such as London, Bristol, Holland and Sydney, as well as exhibitions around the world. Donwood has also written several storybooks, including Humor (2014).

In 2002, he received a Grammy for the packaging of Radiohead’s album Amnesia. Among his most famous works is the album cover Hail to the Thief (2003), a text-based cartographic image inspired by the work of graphic designer Paula Scher.

You never really get to touch anything that you’re doing unless you print it out. I don’t really enjoy making artwork on a computer because it doesn’t seem like I’ve done anything.

I really love newspapers. They are disposable. They are recyclable. They fall apart so easily. They are not like iPads or Kindles that can’t be disposed of and end up on some third-world shore. And I love the heritage of them, the whole history of mass communication. Newspapers changed the world from being a really class based, feudal system to people being able to cheaply get information that informed them. 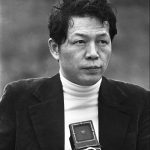 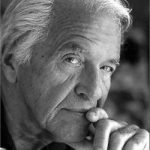