“I was an illustration major at tyler school of art.  I really didn’t draw well, but I learned to illustrate with type. I began designing for the music business in the 1970 when i got out of school and was senior art director at CBS records (now sony) when I was 26. I was responsible for the design and production of about 150 albums (12 x12 format) a year.  I learned how to work in every style and became obsessed with period typography. a lot of the work was later referred to as ‘postmodernism’ but I didn’t know what that was at the time I did the work.  I was merely experimenting with early modernist typography. I can trace almost every project I work on back to the music business.  so much of my work is for theater or dance or other forms of popular culture.  even when I am designing identities for corporations, I seem to operate through the lens of the entertainment industry.”

“I prefer simple logos because you can do complicated thing with them. Keep it simple. Make it smart.” 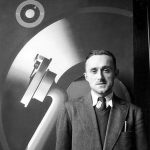 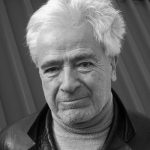