NARAN-HO Design, specialists in web design in and from Marbella, once again investigating new ways of communicating, we find examples such as Paul Peter Piech, who through his work managed to fuse his own style with his desire to change things, something we all seek. Change the paradigm or just give an exit, an option to the mainstream; show the injustices and problems that many people may be suffering and say openly that it is not right and that we must do something.

Piech was born to Ukrainian parents in Brooklyn, New York in 1920, but spent most of his professional life in Britain. A fascinating figure and inventive creator, Piech is remembered primarily for his linocuts and woodcuts. Which were full of meaning. Through this medium, he covered a wide range of 20th century social and political issues.

During World War II, Piech was sent to Great Britain, where he remained and married Irene Tompkins, spending the last decade of his life in Porthcawl. Here he continued to produce the iconic posters of him. 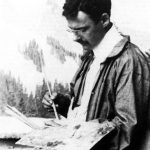 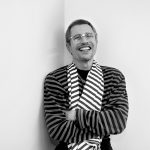