From NARAN-HO Design, web design specialists in Marbella, we present to you the work of an exceptional artist: the French director and screenwriter Michel Gondry.

Michel Gondry has been heavily influenced by pop music. During the 1980s, while studying Fine Arts in Paris, he also worked as a drummer and video clip maker for Oui Oui, with whom he recorded two albums. This is how Gondry started his career as director.

Gondry has performed making music videos for artists like Björk, The Chemical Brothers, Daft Punk, The White Stripes or The Rolling Stones. In addition, he has directed commercials for companies such as Levi’s, Coca Cola, Polaroid, Air France, Nike, and Bacardi, among others.

Due to his success and recognition in making music videos, Gondry soon went on to direct movies. Along with Spike Jonze and David Fincher, Michel Gondry is recognized as one of the leading representatives of the influence of music video on film.

Some of his most notable films are Eternal Sunshine of the Spotless Mind, Moon Indigo, Be Kind Rewind, and The Science of Sleep. He has also directed documentaries, such as the animated work with Noam Chomsky: Is the Man Who is Tall Happy?

Michel Gondry is one of the most innovative directors today, mainly for his particular visual style and his work with the staging.

“When people are very original, sometimes they are original as a way to resist the mainstream”

“I think my imagination dictates the technologies I use. But at the same time, my imagination can be technologic. Sometimes I see a tool and I know immediately how to use it, but most of the time I use the tool for an idea I already have” 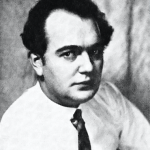