This time, from NARAN-HO Design, specialist in web design in Marbella, we are going to talk about Louis Fili, American-italian graphic designer, considered responsible for the return of some historical, updated and adapted design styles. This, by combining old fonts with modern compositions and colors.

Fili graduated in art from Skidmore College. There he discovered that graphic design encompassed everything he had been interested in up to now: typefaces, ticket formats, and books.

In 1973, after finishing her studies, Louise Fili moved to New York and began working as a freelance designer with the prestigious publisher Alfred A. Knopf. In 1976, she was hired as a designer at Herb Lubalin’s agency, where she consolidated her style based on typography as expression. During this stage, Fili learned the importance of using historical references for inspiration. From this moment, Filli began to create his own archive of inspirations, mainly from her continuous travels to Europe.

In 1978, she began her job at Random House Publishing, as Creative Director for Pantheon Books. Here she designed more than 2,000 book covers and jackets, generating a true revolution in the publishing world. Fili developed her work using typefaces, playing with textures and print finishes.

In 1989, Louise Fili opened Louise Fili Ltd, her own studio in New York, with the idea of ​​not becoming a big company and to focus her work on the concepts that interest her most: food, typography and all things Italian.

Since studying it, Louise Fili has been the main responsible for the aesthetic characteristics of Italian stores and products in New York, where the relevance of the typography and influences of European Art Deco and Modernism is observed.

In addition, Fili has been teaching for more than 20 years at various institutions such as the School of Visual Arts, New York University or the New School. She is also the author of more than 20 books on design and has received numerous awards and accolades for her designs.

Graphic design is a wonderful field but you have to integrate it with something you are passionate about.

I believe that every designer has to have personal projects—it’s the only way to grow and find a unique voice. At any given point in time, I’m working on an independent project in the studio and that’s very important to me—it’s what defines me as a designer. 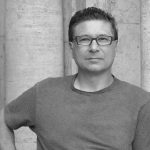 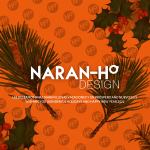