NARAN-HO Design, Specialists in web design in and from Marbella, presents Joseph Christian Leyendecker, considered as many the greatest or one of the greatest illustrators of the golden age of gender to this day.

Born in Germany, he emigrated with his family at the age of 8 to Chicago. Already at a very young age he demonstrated his enormous talent by getting work in a engraving company and attended the Chicago art school under the direction of John H. Vanderpoel. Five years later he would attend – together with his brother Frank – the Julian Academy of Art in Paris.

Upon his return to North America he obtained important orders for commercial announcements and illustrations. Joseph, Frank and his sister Mary moved to New York City, which was then the centre of the commercial art, advertising and publishing industries.

In the course of his artistic career, Leyendecker created 322 illustrations for The Saturday Evening Post (and for many other magazines) in addition to creating some of the most successful advertising campaigns in the history of the United States, increasing thanks to his art the sales of various companies (Kellogg’s, Palmolive, Chesterfield, the Boy Scouts, the army…).

He died of a heart attack in 1951 and only five people attended his funeral. Among them his friend Norman Rockwell, who would carry his coffin along with three other of his favourite male models.

We are NARAN-HO Design, contact us to get to know us more and find out how we can help you improve your business. 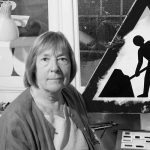