From NARAN-HO Design, specialist in web design in and from Marbella, we are going to talk about Heinz Edelmann, German illustrator and designer. He is recognized for being the character designer and art director of the animated film Yellow Submarine (1968) by The Beatles.

Edelmann was born in the former Czechoslovakia. He studied at the Academy of Fine Arts in Düsseldorf. In the late 1950s, he worked as a freelance designer and teacher. At this time, he began to design posters, editorial design and illustration for children’s magazines, while generating his own style.

In the 1960s, he quickly became one of the first poster designers to incorporate images of European psychedelia. It was at this time that Al Brodax, the American producer of the animated series The Beatles, chose Edelmann to create the graphic universe according to the band’s music. That would be reflected in the feature film Yellow Submarine (1968). The aesthetics of the film were a characteristic feature of Edelmann’s work.

In 1971, Heinz Edelmann designed the illustrations for the first German editions of The Lord of the Rings, the great work of J.R.R. Tolkien. His work is found on the book covers and in illustrations within the books.

Heinz Edelmann also designed Curro, the mascot for the 1992 Seville Universal Exposition. Curro is a psychedelic bird with elephant legs and a multicolored beak and crest, alluding to the five continents.

In addition to his work as a graphic designer and illustrator, and already with the fame of what he did with The Beatles, during the 80s and 90s, Edelmann illustrated cartoons for the German newspaper Frankfurter Allgemeine Zeitung and, until 1999, he worked as a teacher at the Stuttgart Academy of Art and Design.

Heinz Edelmann is perhaps the best known designer and illustrator of the psychedelic era. The funny thing about this is that he did not use drugs, but an impeccable work methodology and absolute dedication to art and design.

I just knew about the psychedelic experience by hearsay.

While there have been a few notable instances of graphic design supporting just and noble causes, its overall influence seems somewhat overrated. The world will not be saved by a single set of posters, however brilliant. Salvation takes a very long communal effort. 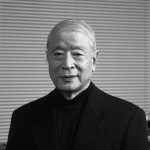