At NARAN-HO Design, specialists in web design in Marbella, we want to show you the important work of Annie Atkins, a graphic designer specialized in the world of cinema.

Annie Atkins studied Visual Communication and Film Production while working in an advertising agency. Her first job was in the third season of the television series The Tudors. Since then, she specialized in film design, being one of the most recognized artists in this regard.

Atkins handles all aspects of a production design. From movie posters to the smallest accessory that appears in a frame. Her work is so detailed that it also considers elements that appear briefly in the film or even appear blurry. Her work of recreating ancient objects for films set in the past is remarkable.

Her most famous work was on Wes Anderson‘s The Grand Budapest Hotel, where she helped the director create the film’s distinctive style. She also worked with Steven Spielberg on Bridge of Spies. Other productions where her art can be seen are: Isle of Dogs (Wes Anderson), Wonderstruck (Todd Haynes) and some episodes of the Penny Dreadful, Vikings, Camelot and The Tudors series.

Although most of her work is in the cinema, she also works on branding projects. Some of her clients have been Creative Review, Steamline Luggage, Chinery Gin and William Grant & Son, for her Hendrick’s brand.

The approach and work of Annie Atkins is an inspiration for Naran-ho Design, as it leads us to seek excellence and design in every detail of our work, in order to satisfy the demands of our clients.

As designers we have a tendency to want to correct things, but human errors keep things authentic even in a stylised world… Reality is more interesting than what we conjure – it’s the key to why we’re so fascinated by these things. 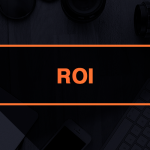 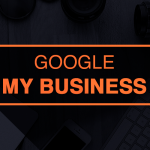